Adrian Lewis Peterson (born March 21, 1985) is an American football running back for the Minnesota Vikings of theNational Football League (NFL). He was drafted by the Vikings seventh overall in the 2007 NFL Draft. He played college football at Oklahoma. Peterson set the NCAA freshman rushing record with 1,925 yards as a true freshman during the2004 season. As a unanimous first-team All-American, he became the first freshman to finish as the runner-up in theHeisman Trophy balloting. Peterson finished his college football career as the Sooners’ third all-time leading rusher.

Following his first pro season, in which he set an NFL record for most rushing yards in a single game (296), Peterson was named the NFL Offensive Rookie of the Year. He was then awarded the MVP award for his performance in the Pro Bowland became only the fifth player in NFL history to have more than 3,000 yards through his first two seasons. In 2010, he became the fifth fastest player to run for 5,000 yards, doing so in his 51st game.

In 2012, Peterson became the sixth fastest player to reach 8,000 rushing yards, ending the season with 2,097 rushing yards, just nine yards shy of breaking Eric Dickerson’s single season all-time record. Peterson amassed 2,314 all-purpose yards from scrimmage in 2012, tying Marcus Allen for the eighth-highest total ever. For his efforts, he received the NFL MVP Award and the AP NFL Offensive Player of the Year Award for the 2012 NFL season. Peterson also achieved the #1 spot on the NFL Network’s Top 100 Players of 2013. During the 2013 season, Peterson became the third fastest player to reach 10,000 rushing yards in NFL history. 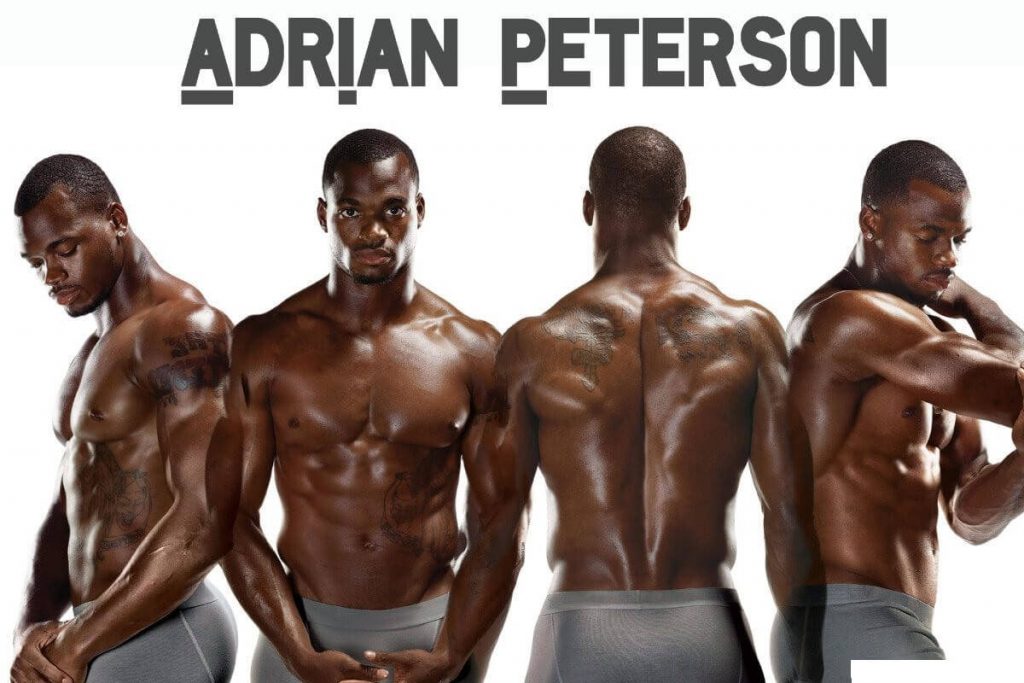 Peterson was indicted on September 11, 2014, by a Montgomery County, Texas, grand jury on charges of reckless or negligent injury to a child that occurred on May 18, 2014. He is accused of beating his four-year-old son with a tree branch, which Peterson consistently referred to as a ‘switch’, causing severe welts and bleeding on the child’s back, legs, buttocks, genitals and ankles. In their initial response, the Vikings deactivated Peterson for a single game. Peterson’s 2014 NFL season was over after arbitrator Shyam Das ruled in favor of the NFL on November 18, 2014, saying, “the league can keep Adrian Peterson on the commissioner’s exempt list,” effectively terminating any possibility the Minnesota Vikings running back will play again this season. On December 12, 2014, Peterson lost his appeal as appeals officer Harold Henderson stated that Peterson’s rights weren’t violated and the appeal was upheld. Upon losing the appeal, the NFLPA has filed a federal court appeal with a hearing scheduled for February 6, 2015.